< Back to Family Stories

Luke was just seven years old and in the last week of infant school when he was diagnosed with leukemia. Noah’s Ark was with him throughout his journey to recovery.

Luke’s treatment lasted three and a half years. While the hospitals provided excellent physical support and all the staff were kind and caring, Luke and his family found there was a lack of psychological support, given the severity of his diagnosis.

That’s when he was introduced to Noah’s Ark Children’s Hospice, firstly through our Play Specialist and then referred to Drama Therapist, Amy (pictured). 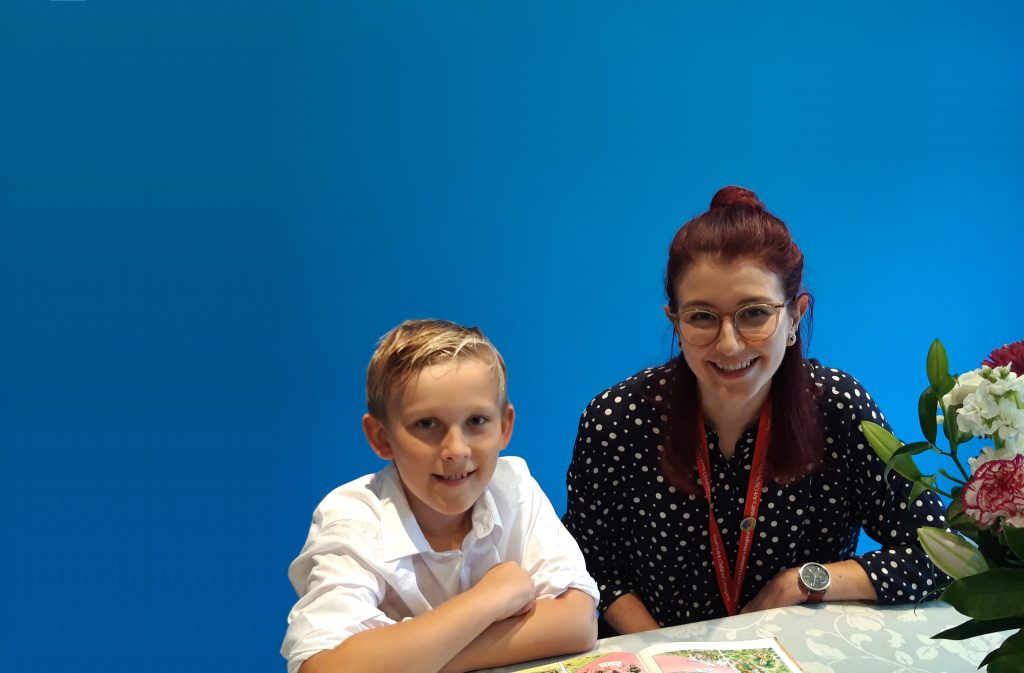 Amy came every week to meet with Luke, who was upset and anxious about his diagnosis. Understandably he questioned ‘why him’. Why was he the one who got cancer, who had all of the medicines and needles and hospital appointments. Why was everyone else ‘normal’ whilst he appeared different.

Amy helped Luke visualise and express his feelings about his illness through play and creativity. Having the opportunity to explore these feelings with Amy’s support over the months helped Luke come to terms with his illness.

As Luke’s mother, Loveday, said: “Noah’s Ark was the only place that gave Luke the real psychological support that he needed. It was fantastic for him to have people he trusted who he could talk to, outside of the family.”

She reflects that initially it was alarming to receive support from a hospice:

“The word ‘hospice’ sounds frightening, until you find out about all the different types of support that Noah’s Ark provides to families going through all kinds of health challenges. Luke’s illness was very hard for him, but it’s made him more compassionate and understanding of others facing difficult times.”

Towards the end of their sessions, Luke was playing more with his friends, not needing Amy as much. He’s now in remission and reflects positively on the part that Noah’s Ark has played in his journey. As Luke says:

“Noah’s Ark let me to talk about my feelings and feel safe. It was a hard time, but they helped me to get through it.”

Luke’s now a healthy, bike-loving young man about to enter his teenage years. But he knows and understands that he’s been lucky enough to emerge on the other side and wants to tell others about what happened to him. That’s why he’s offered to share his experience with others who are going through the same thing as he did at Noah’s Ark’s new oncology support groups.

The one experience that others won’t be able to replicate was the time when Luke met his heroes from Tottenham Hotspur. As Luke says, “To have Spurs as the charity partner for Noah’s Ark is fantastic. Poch was amazing. I said that I would never wash my hand again after he shook it… although I didn’t keep that promise!”