Noah’s Ark needs to enlist 10 paediatric nurses. This is the biggest recruitment drive in its history, as it seeks to address the urgent need for more nurses to care for children who are seriously unwell in north London and Herts Valley. 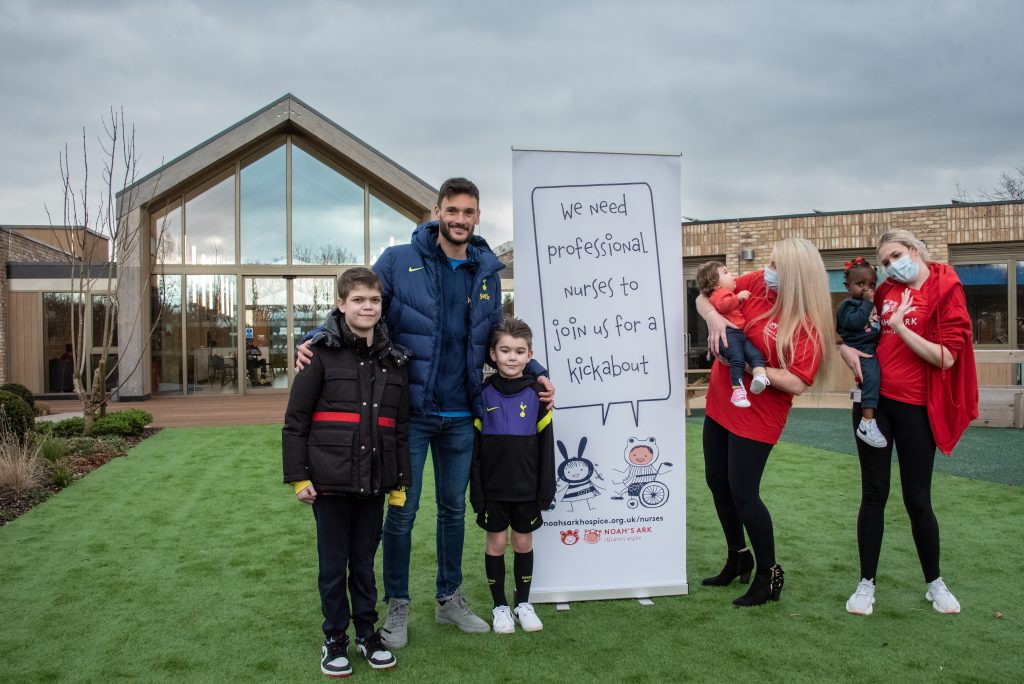 According to industry research, 60% of nurses feel that they are too busy to provide the level of care that they want, with a further 37% saying that they are seeking a new job for reasons including feeling undervalued. Noah’s Ark is aiming to show a different side to a career in nursing by shining a light on the unique aspect of children’s hospice nursing, which allows caregivers to spend time, build bonds and create lasting memories with the babies and children at The Ark. Noah’s Ark nurses must be highly skilled in paediatric care but also be able pull funny faces and play hide and seek.

Currently, Noah’s Ark provides care for over 300 babies, children and young people with life-threatening or life-limiting illnesses every year – ranging from specialist play and therapy, to the effective management of challenging symptoms and end-of-life care. The breadth of care provided at its facility, The Ark, helps those they support enjoy life as children, rather than as patients, and as families, not just as carers.

The appeal video shows Hugo Lloris getting involved at The Ark, meeting the staff and nurses to discuss the recruitment issue they’re facing, touring around the facility, playing with the children in the soft play area and having a kickabout with some of them in the garden. 15 year old Alonso, the young Spurs super fan in the video, even managed to score a penalty past Lloris.

“Alonso spent the first 11 months of his life in hospital. He was able to come out of hospital for a couple of hours for an amazing experience like this which made his day”

“It’s always a joy to come to The Ark to meet the children. Noah’s Ark is an incredible charity and I have seen first-hand the amazing work they do for seriously unwell babies and children. We’re proud to support them and to be part of this campaign to recruit more nurses who can provide essential care.This will make a huge difference to so many families in our local community.”

Commenting on the hospice’s urgent need for nurses and the recruitment drive, Hayley Manley, Director of Care at Noah’s Ark Children’s Hospice said:

“Many people imagine children’s hospice care is all about supporting children in their final days. In reality, our nurses spend most of their time helping children to have fun and make the most of every day of their lives. We’re looking for paediatric nurses of all levels of experience who want to spend more time with the children they look after, supporting them throughout their journeys and helping families make memories that last a lifetime.”

The charity, which is based at The Ark, an award-winning building in High Barnet set on a 7.5-acre nature reserve, is seeking to double the number of children it supports over the next three years. New nurse recruits will be pivotal to this growth.

Commenting on life as a Noah’s Ark nurse, Lucy Church, a paediatric nurse who joined Noah’s Ark in January 2022 said:

“The Ark is absolutely beautiful. It lets in so much light, which I’m not used to from the clinical environments in which I’ve worked previously. There is such a buzz of life and energy. My favourite memory so far was playing with a little girl in our Soft Play Room – we were throwing balls at each other for an hour… it was so much fun! We’re all so excited to welcome more nurses to our team and reach more incredible children.”

Baby Isabella was starved of oxygen during birth, resulting in severe neurological difficulties. Now one year old, she has to go to numerous therapies, to which only one parent at a time has been able to attend due to COVID-19 restrictions. Noah’s Ark has been the one place where they have been able to go together to enjoy time as a family, so the team at The Ark want to be able to help families like Isabella’s create such happy, long lasting memories whilst providing specialist paediatric care.

“I was terrified when Isabella was referred for palliative care because, like so many, I thought it was only for end-of-life. But the team at The Ark have enabled her to do things we never expected.

Noah’s Ark has enabled us to have fun as a family, which can be hard when you are managing complex conditions. I hope that by recruiting more nurses, Noah’s Ark will be able to care for many more families like ours.”

The appeal, which will see Noah’s Ark’s job adverts posted across London’s tube, rail and bus networks, has been made possible thanks to the pro-bono support of creative agency Oliver and advertising agency OMD UK.

To find out more about nursing at nursing at Noah’s Ark Children’s Hospice, visit our nurse careers page.