Noah’s Ark Children’s Hospice is delighted to welcome its new Medical Directors to the organisation. Dr Tagore Charles has been appointed as Medical Director whilst Dr Su Laurent and Dr Juliet Pearce have joined as Associate Medical Directors. The three bring a wealth of NHS paediatric experience to the charity.

In September 2019, Noah’s Ark opened its new children’s hospice building, The Ark in North London. The charity, which has embarked on a major nurse recruitment campaign, supports many of London’s most unwell babies, children, young people – and their families. The organisation is committed to becoming a centre of clinical excellence for children with life-limiting or life-threatening conditions and the appointment of these three highly experienced doctors is a crucial step on this path.

Dr Tagore Charles qualified at King’s College, London, and has worked in the NHS for 25 years and has been in paediatrics for his whole career. He’s been a General Paediatric Consultant at St Mary’s Hospital, Imperial College Healthcare NHS Trust, for the last 12 years. As a general paediatrician in a teaching hospital he leads a paediatric ward and has an outpatient clinic with a wide variety of conditions. 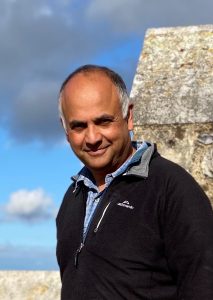 “What Noah’s Ark does isn’t just about saving lives, but about engaging with what it’s like to live. It’s about working with children and families and celebrating what the child can do rather than pouring over the diagnosis ascribed to them. I’ve spent my career operating within a medical sphere and Noah’s Ark offers something different, a chance for children to be children and not just patients.”

Dr Su Laurent has been a Consultant Paediatrician at Barnet Hospital since 1993. She has a keen interest in training and support and is the Director of Medical Education for the Hospital. Su has a special interest in managing children with complex medical problems. She has been involved with the charity Child Bereavement UK since its inception, inspired by their focus on learning from parents. She runs courses on bereavement support across the UK.

“I was involved in early discussions as to whether Noah’s Ark should build its own hospice building – I was pushing the organisation to build The Ark and it’s wonderful to see how it’s come to fruition. Outstanding attention to detail has gone into every aspect of the building to meet the needs of the children and families who we support. When you combine that detailed thought with the can-do attitude of staff – it’s inspiring to see what’s being done for children who are experiencing the most difficult possible circumstances”.

Dr Juliet Pearce graduated from St Mary’s Medical school in 1993, completed paediatric training in 2006 and has worked as a Consultant Paediatrician at Barnet Hospital since then. Her specialist interests include neurodisability, paediatric epilepsy and children’s mental health. She has extensive experience in working with tertiary care teams and families in the care of patients with a high level of complexity and life-limiting conditions. 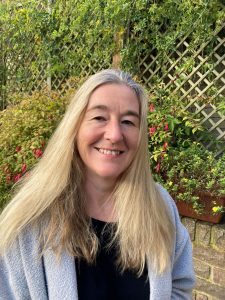 “Within Noah’s Ark, the people genuinely matter. That’s the staff, the volunteers, the nurses – but most importantly it’s putting the children and families at the heart of the organisation. I’ve looked after a lot of children with a difficult lot in life – they need as much of the positivity of Noah’s Ark as they can get! The Ark has a stillness and familial warmth that can’t be replicated”.

“These appointments represent a landmark moment not just for Noah’s Ark, but for the entire care provided to London’s most unwell babies, children, young people and their families. The expertise, insight and connections that Tagore, Juliet and Su will provide will go a long way towards ensuring that our holistic care will become the UK’s finest, meeting and exceeding the requirements of the children and families who we support.”