Paul Pomroy, Chief Executive of McDonald’s UK and Ireland, has paid a visit to Noah’s Ark Children’s Hospice’s newly launched facility, The Ark in Barnet. Mr Pomroy, a long-term supporter of the charity and local resident, was there to see the commercial kitchen supplied and fitted out pro bono by McDonald’s.The McDonald’s Chief Executive brought with him a team of senior McDonald’s staff including Atul Pathak, the UK’s biggest McDonald’s franchisee, and Paul Ward, Head of Restaurant Services for McDonald’s across the UK. 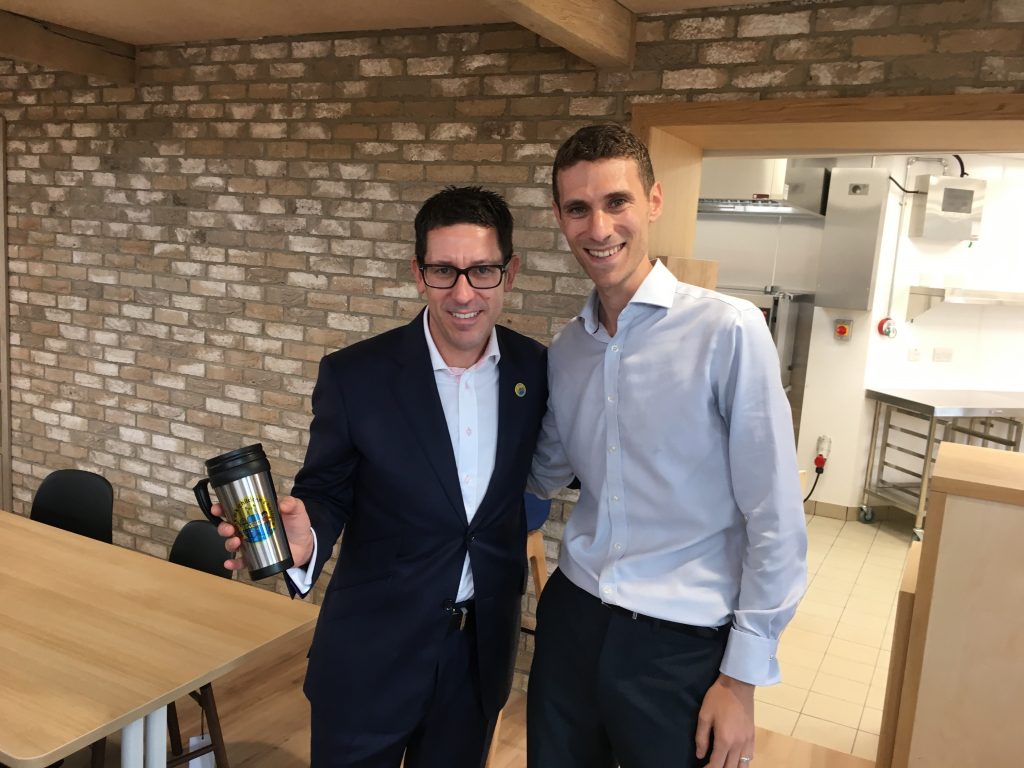 The Ark is the first children’s hospice built in North and Central London for many years and is the only one based in its large catchment area. The kitchen will be staffed in the first instance by volunteers. Eventually, the kitchen will meet the needs of the in-patient unit which will be a 24/7 service open in 2020. Paul, a father of two boys and local resident, said:

“I’m so proud that McDonald’s was able to help in our small way to support children and families on the tough journey that they face with Noah’s Ark. The Ark is a fantastic hospice facility which will be a home-from-home for the children and families – I urge other local residents to come along and see it”.

Anthony Hayman, Assistant Director of Fundraising at Noah’s Ark said: “A huge thanks to Paul and everyone at McDonald’s for their incredible support. The kitchen is perfect for the needs of the children, families and indeed anyone who comes along to the hospice”.